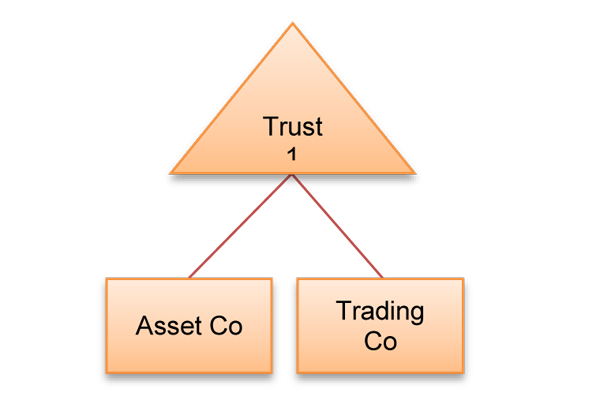 Structuring – to put your eggs in different baskets or not?

When establishing a business, there are a number of considerations to take into account to determine the ideal structure to adopt. One such consideration is protection of assets, not just the assets of individuals who invest in the business, but also protection of the business’s assets. This objective typically means a company structure is chosen.

It is also common to use multiple companies to separate a business’s assets from its trading operations to ensure the assets are not at risk if the business fails. For example, the structure on the left splits a single business across two companies.

Taking it a step further, the structure on the right reflects the shareholding has also been split to increase the separation between the two companies. The argument being that it provides greater protection from third party claims by adding a further layer of independence.

The question becomes whether this separation is needed and at what cost? A High Court decision delivered early last year allowed liquidators to make a parent company pay for the subsidiaries outstanding debts due to an apparent lack of independence between the parent and subsidiary. This action then captures the value within the parent company, including other corporate subsidiaries. This risk increases the desirability of the second structure above.
The problem is that multiple entities and complexity drive administration, compliance costs and are not tax efficient. Between the two structures above, the first offers the following advantages:

It is a case of balancing the advantage of asset protection and the likelihood of something going wrong against the benefits foregone from not having the most efficient structure. It is not an easy decision to make, best evidenced by the ensuing debate that occurs when accountants and lawyers are put in the same room.