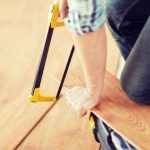 The sale and purchase of residential property is an area of focus for IRD Investigators as a result of the ongoing investment in the Property Compliance Programme. A Taxation Review Authority (‘TRA’) case heard in May 2017, serves as a timely reminder for all property owners to remain aware of the tax implications that can arise from residential property sales. The case involved the purchase and eventual sale of a family home by a son who had previously been involved with other property investments.
A key criterion for determining the tax status of a property transaction rests on whether the property was purchased with the purpose or intention of resale. The intention of the taxpayer is determined subjectively at the date the property is acquired.
There are instances where taxpayers have tried to satisfy this subjective test by embellishing their future intentions to support a more desirable tax outcome. Hence, it is common to place some weight on any documentation that might also refer to a taxpayer’s future plans for a property.
In this particular case, a substantial amount of weight was placed on a diary note recorded by the taxpayer’s bank officer, accompanying the loan approval request for the property. The note recorded that the taxpayer had committed to the purchase of the property because his parents were no longer financially able to complete renovations themselves, and that he would sell the property once the renovations were completed, in order to release funds needed for his other property developments.
Due to the diary note and the taxpayer’s history of buying and selling property, the IRD sought to tax the sale of the property. But the taxpayer argued that the file note was not a true account of his intentions. He told the TRA that the bank officer was a close friend of his, a friendship that had been built over years of loan applications and property investments. This had resulted in the bank officer recording a note not of a conversation, but of a mistaken assumption about the taxpayer’s intention to resell his parent’s home.
The taxpayer asserted his true intention was to assist his parents while they were experiencing a period of financial difficulty, safeguarding the family home for the long term. This alternate set of facts was further aided by the form of the bank officer’s note – it did not refer to a specific conversation, but was written as part of the loan approval request, containing information determined relevant by the bank officer.
The process for a case to reach the TRA is lengthy and involves a significant number of steps for both IRD and the taxpayer, so IRD often only reach this point if they consider themselves to have a high chance of success. With this in mind, it must have come with considerable relief to the taxpayer when the TRA ruled in his favour, concluding that the evidence showed he did not purchase the property with the intention of resale.
The case is interesting because the taxpayer went through what would have been a difficult and stressful Investigation and then ‘Disputes Process’, due to a statement that he didn’t make and likely