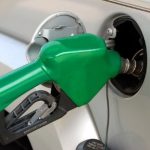 Filling up the tank in Auckland will soon cost more than the rest of the country.
A 10 cent per litre petrol tax is expected to be in place by July 1st.

The tax will be added to the price of petrol and is hoped to contribute 10% towards Labour’s $15 billion 10-year Auckland transport programme.

It is intended that the money raised will fund a rail link from Auckland CBD to the airport, West Auckland and along other key Auckland roads, as well as new busways, bike paths and roads. It will also contribute to the cost of a rail network between Hamilton and Auckland. In addition to improving transport, it is hoped that the anticipated traffic decongestion will allow for more intensive housing development around transport hubs, bringing economics benefits to those areas.
Most people agree that change is needed to fix Auckland’s traffic problems and a fuel tax is a straightforward way to raise the much needed funds. The tax might help decrease congestion and make Auckland’s dire public transport move into the 21st century, which is long overdue.